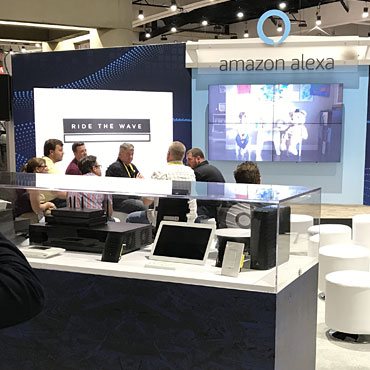 The age of automation has arrived

The over-arching theme of #CEDIA17 was home automation. A short time ago we started to see this trend in small applications like our doorbells. If someone came to your door you could see who it was and that was about it.

Today, thanks to Amazon, Google, and Samsung (with Apple coming soon), we not only have control, but we have voice control of almost anything in our homes. You can control lighting, shades, locks, security, TVs, radios, refrigerators, your thermostat, and more. You don’t have to be in your house to control all this either, simply download the app and control your home from anywhere in the world. Now you can see who’s at the door, talk to them, set off an alarm, and alert the police at the same time.

With Amazon automation in your home you can order anything they sell, including groceries. And while this level of automation is convenient, it’s also scary. These devices listen to everything we say with accuracy and watch what we do, as well. Not that I’m a conspiracy theorist, but Amazon does seem to be taking over the world. But let’s just pretend they aren’t listening or watching and focus on the convenience!

Of course, all this automation begs the question, “how hard is it to set up?” 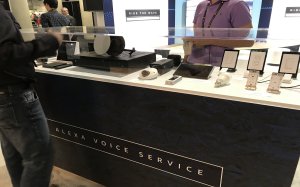 The answer is it’s remarkably simple. So simple, it nearly sets itself up. There is little to no wiring, and once powered on it simply ‘discovers’ itself and presto, you’re up and running.

Now you can order milk from your bathroom, turn your kids’ music down from the kitchen, and start your shower at 6am from under your covers. The day of the Jetsons has arrived. Enjoy the automation… be leery of the control!

Next Feature Previous Feature < Back To Featured